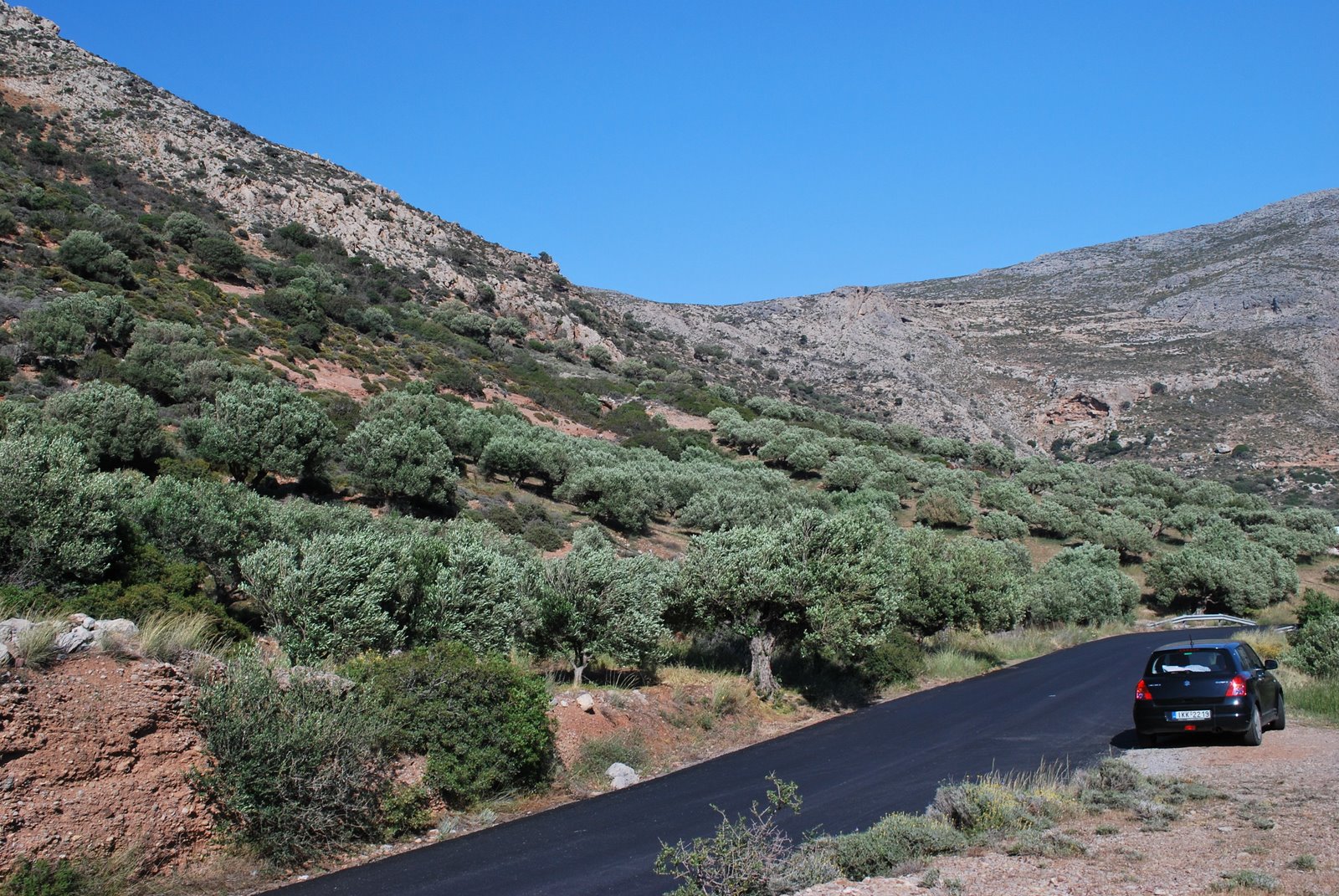 My vacation in Crete was the first time I’ve driven in a country outside of Canada/USA. Life on the island is slow and Cretans are very laid back… until they get behind the wheel of a car. Seriously, Montreal drivers are quite relaxed in comparison. As a result, learning the local driving customs was quite an adventure.

Lesson 1: Stop signs are at the end of highway on-ramps
In some North American cities, some highway on-ramps have lights at the end to control the flow of traffic during rush hour. Other than that, we generally use on-ramps to gradually increase speed so we can merge at the speed of traffic on the highway. That’s not the case in Crete, as I learned coming out of the airport. There was a stop sign right where the ramp met the highway, resulting in a thorough test of my car’s brakes. Why was there a stop sign? A perfect segue to Lesson 2…

Lesson 2: The wide paved shoulders are there for a reason
The major highway has paved shoulders wide enough for a small car to consider it a lane. That’s because you are expected to drive on it. Whenever a car comes up behind you, you’re expected to drive on the the shoulder and let the other car pass. If you don’t, expect the car behind you to flash his lights to let you know that you should move over. Cretan drivers will pass, even on winding roads with blind corners, so you’re better off using that paved shoulder.

Lesson 3: Drive behind a local to learn the customs
After figuring out the first two lessons, I decided to stay behind a local driver and do whatever they did. By doing that, I learned to stay close to or drive half on the shoulder, signaling turns is optional, and one lane can become three lanes. I also learned that the real speed limit is quite different than posted… and not always faster.

A little closer to home, I decided to become a member of Communauto. It’s a car sharing service like Zip Car and Auto Share in Vancouver/Toronto. For a security deposit and a small annual fee, I can “rent” cars for as short as a couple of hours to run errands. There is a charge per hour and per kilometer that covers maintenance, gas and insurance. Considering I don’t need to drive much in Montreal, I think this is a better option than buying a car.

One thought on “Driving Lessons”